"He told those kids that nothing is just for boys or just for girls. So I asked him, 'Well, what did they think of that?' He said that two of them didn't believe him, but one of them did believe him and he started telling one of the other ones that he also thinks that it's OK for boys to paint their nails," Weaver continued. 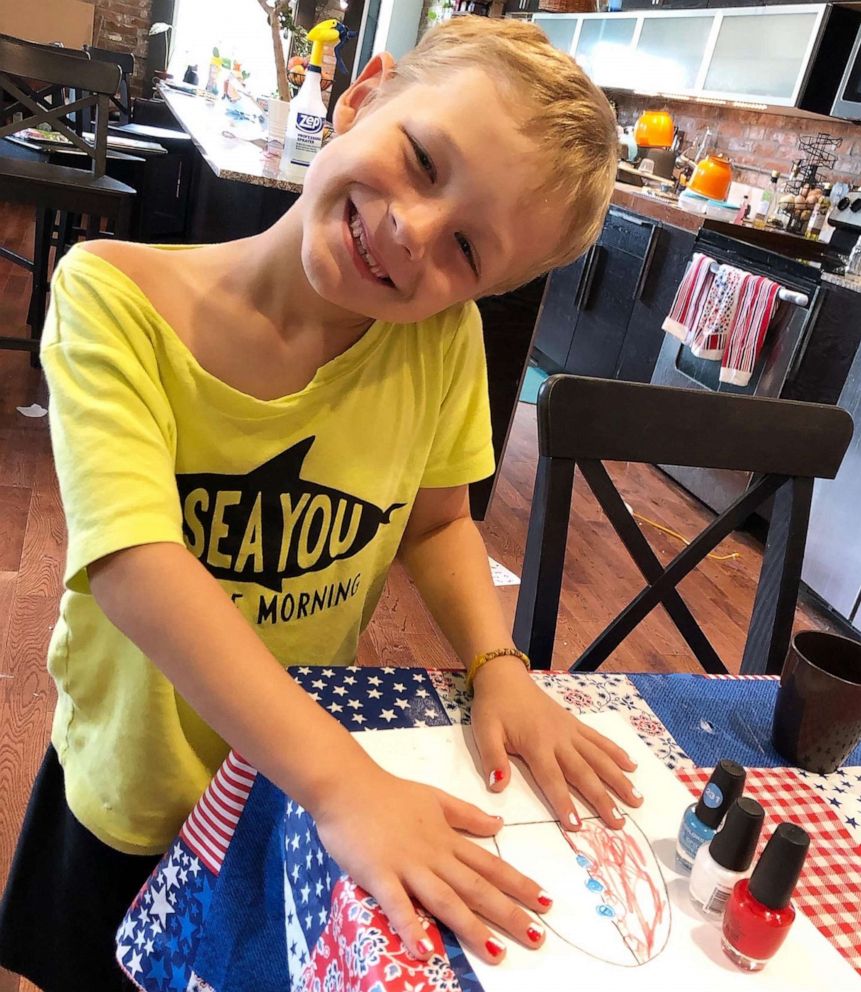 Courtesy of Doug Weaver
According to his dad, Finley enjoys painting his nails, having fun, and going on adventures.
Editor's Picks
MORE: Little boy bullied for nail polish gets confidence from community of strangers

Weaver went on to share how he told his son "that sometimes the people that are the meanest talk the most and talk the loudest."

The 34-year-old father and art teacher told "Good Morning America" in a phone interview that he felt strongly about speaking out about the encounter on social media. 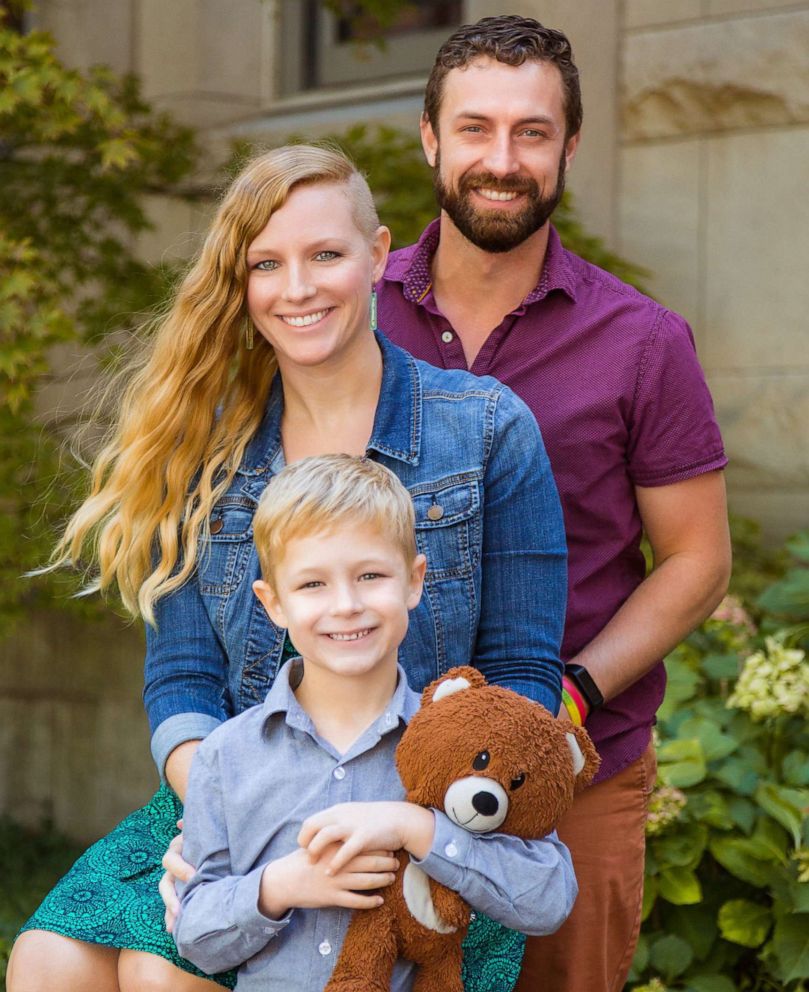 Courtesy of Doug Weaver
Doug Weaver and his wife, Kirsten, are parents to a six-year-old boy named Finley.

"I see a lot of people on TikTok talking about very similar topics and tackling the same ideas. One of the reasons that I want to post this content is because I am a [cisgender, heterosexual] man," Weaver said. "You don't hear these things talked about by cis het men nearly as much. It's a lot harder to find … I think because it's easy not to [talk about it]."

Weaver, who describes his son Finley as "super creative," noted that this wasn't the first time his first-grader had painted or wanted to paint his fingernails. 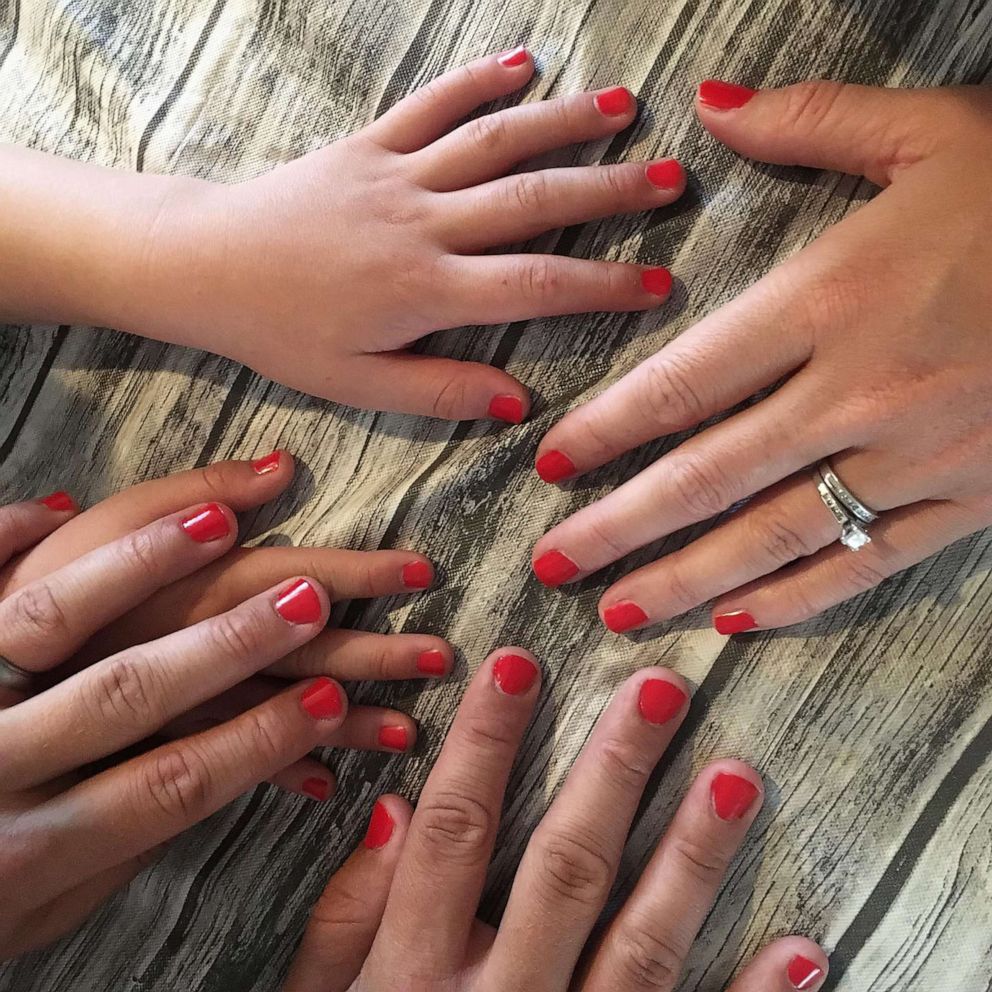 Courtesy of Doug Weaver
Finley has painted his nails different colors, including red, but his favorite color currently is blue.

"We've had conversations about it before. It's the first time that other kids have given him a hard time about it," Weaver said. "He painted his nails in kindergarten, no one cared. Everyone seemed to really like it. But this year, in first grade, it seems like more and more kids are aware of social norms and trying to enforce them. And so it's suddenly becoming more apparent to him."

Weaver said after he posted the video on social media, he received various reactions with many of them supportive. But others sent him angry messages, accusing Weaver of confusing his child and setting him up to "be in therapy when he's older" or saying his child could be gay, insinuating it as a negative character attribute.

"My question is just how do they not see how silly it is to make all of these grand assumptions and get all upset and angry over a 6-year-old having color on his fingers? Like when you say it out loud, how does that not sound ridiculous?" Weaver countered. 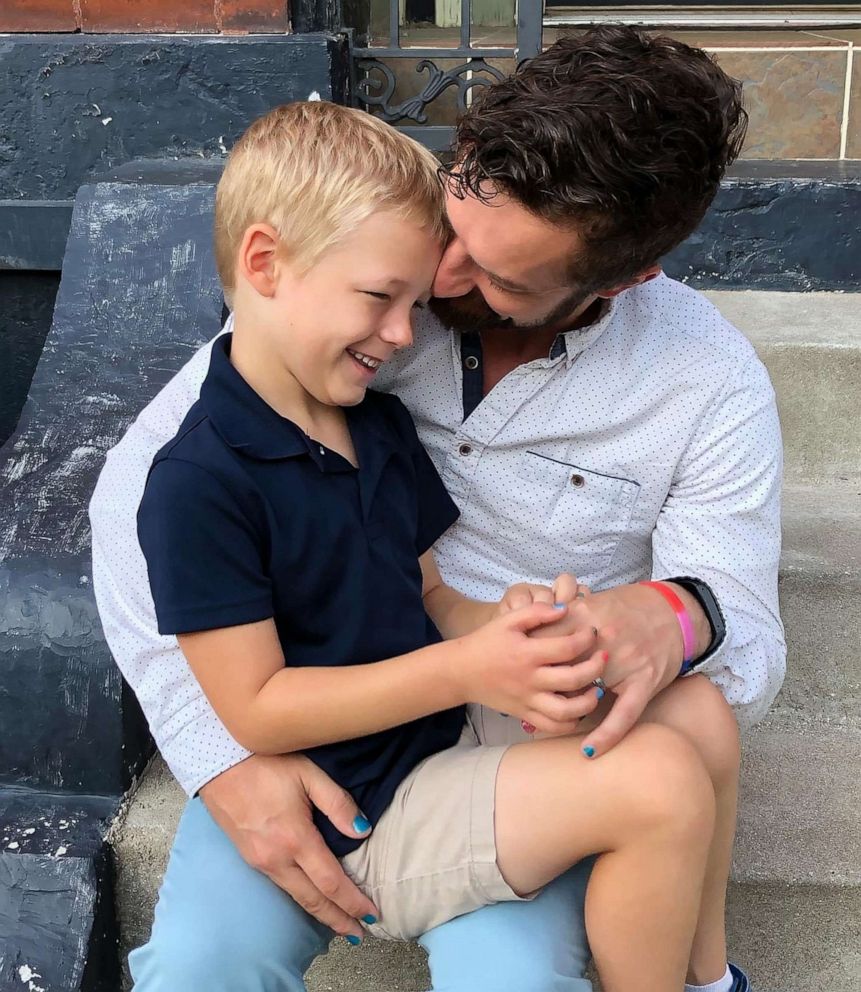 Courtesy of Doug Weaver
Weaver says his son Finley is a 'sweet kid" who also happens to be "super creative."

Weaver, who has over 247,000 followers on TikTok, said that with his TikTok videos specifically, he hopes to dismantle gender norms and societal ideas of "what is considered masculine by many people."

"This seemed like a relevant story about just how much pressure there is, as a boy or a man, to fit into some kind of mold. And it's something that we're dealing with our son," he added. "I know how much pressure I had when I was young to try to fit some kind of masculine image and it wasn't pressure from my family. It was just the pressure that's there -- and now, seeing my son getting a lot of the same pressures that I did, but in a different scenario ... it's kind of hard to watch."

Weaver hopes that his nail polish video will help others see it doesn't have to be a black-and-white picture.

"I know there are people who have never heard anyone say that it's fine and have never heard anyone say that, 'No, this isn't harmful. It's just paint,'" Weaver said. "Those are the people that I would like to just be able to say, 'No, it's fine. If you like colors, it's fine. … It doesn't mean anything more or less than just colors on your nails. And it's OK."

Up Next in family

Boy delivers heartwarming message in court ahead of adoption