After its Emmy-winning fourth season, "The Crown" returns to Netflix for a fifth go at Queen Elizabeth II and her royal family and proves more audacious and addictive than ever.

But things are different now. The real Queen died in September at 96 after wearing the crown for 70 years and 214 days, the longest reign of any female sovereign in history. As the world mourns her passing, is this the right time to expose her flaws as mother and monarch?

Many think not. Even before the 10-episode series streams on Nov. 9, former prime minister John Major claimed that a plotline suggesting he was privy to a plot by Prince Charles to have his mother abdicate so he could wear the crown sooner than later was "a barrel-load of nonsense." 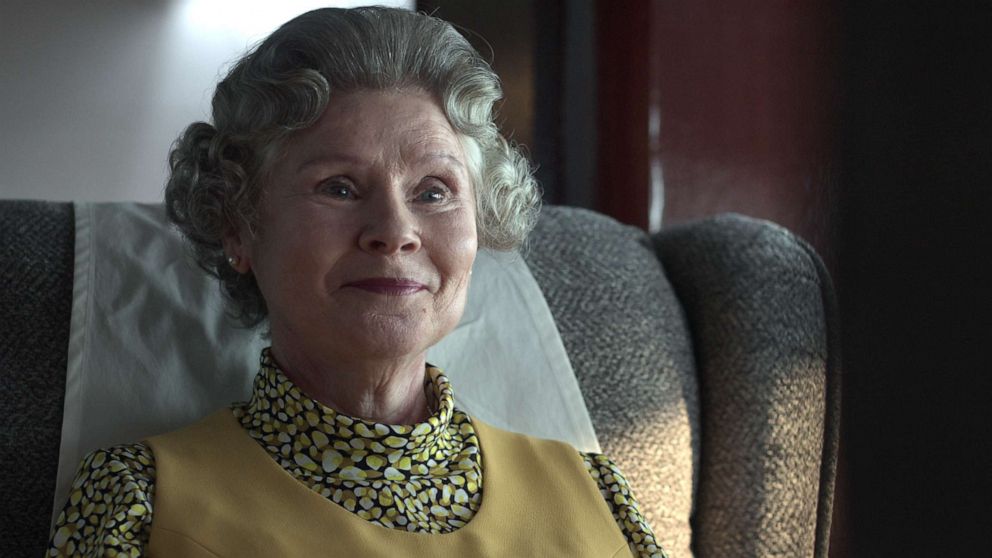 Netflix
Imelda Staunton as Queen Elizabeth II in Season 5 of The Crown on Netflix.

Prince William reportedly bristled that his parents, Charles and Diana, are shown verbally abusing each other. The formidable Dame Judi Dench wrote the Times of London that the series should declare itself at once as a "fictional dramatization." Netflix obeyed.

But didn't we always know that? Did we really think that series creator Peter Morgan was bugging palace boardrooms and bedrooms? Did we grumble when Helen Mirren earned an Oscar for revealing royal foibles in "The Queen" and Kristen Stewart won a nomination for showing Princess Diana getting the deep freeze from Elizabeth in "Spencer?"

No worries. Despite a few digs at her parenting skills, the queen keeps her dignity in the series just as she did in life. As for the delicious dish swirling around her in season five, who'd want it any other way? This scandal-ridden peek into royal affairs is a wicked pleasure.

Sorry, for closure you'll have to wait for the sixth and final season next year. For now, we spy on the royals from 1991 to 1997 with a new cast -- the actors switch every two years to stay age appropriate. Imelda Staunton, 66, now wears the crown, taking over from Olivia Colman, 48, and before her Claire Foy, who was just past 30 when she played the young Elizabeth. 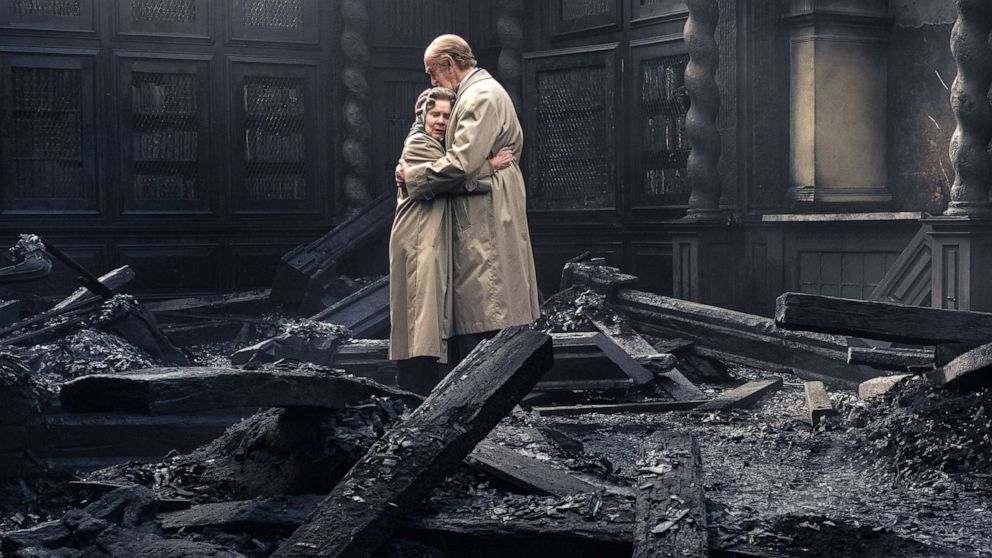 Netflix
Imelda Staunton as Queen Elizabeth II in Season 5 of The Crown on Netflix.

Both Foy and Colman won Emmys and Staunton deserves to follow suit. She's magnificent. It's doubtful three actresses ever played the same role with such glorious subtlety and feeling. The queen called 1992 her "annus horribilis" given the fire that partly destroyed her beloved Windsor castle and the personal crises that set ablaze the marriages of her three children.

Watch her in the stunning episode five when Staunton, without dialogue or histrionics, shows the queen drop her rigid reserve and allow the hurt to show through.

She has good reason. Her husband Prince Philip, played by Jonathan Pryce in the performance of his career, gently but firmly lays out the reasons why their marriage isn't working. In Price's hands, the famously remote Philip, who died last year, displays unexpected humor and heart.

All the actors are extraordinary. Elizabeth Debicki, five inches taller than 5'10" Diana, catches the way the princess shrank inside herself from royal pressures, such as the affair of her husband Charles (a regal Dominic West) with Camilla Parker Bowles (Olivia Williams), now the queen consort in real life.

In a televised interview with Martin Bashir, the controversial journalist proclaimed that when Diana opens her mouth, "hand grenades come out."

He isn't kidding. "There were three of us in this marriage, so it was a bit crowded," said Diana, referring to Camilla. The series recreates the "revenge dress" that Diana wore in retaliation. But it's Debicki, in a shattering portrayal of mental fragility and hard-won strength, who brings us closest to the People's Princess who never had a chance.

Even Princess Margaret (the great Lesley Manville) berates her queen sister for ending Margaret's romance with Peter Townsend, superbly played in later years by former James Bond Timothy Dalton. Manville and Dalton are a joy to watch in this tale of love rekindled too late.

For all its cataloging of royal sins, "The Crown" displays a sympathy for the human beings caught in the stormy currents of royal history, especially Prince William, the future king played by Dominic West's real-life son Senan West. Enrolled at Eton College in 1995, William tried without success to make peace between his dueling parents.

It's deeply affecting to watch William's meetings with his granny, who guides him through the challenges of living so close to the crown. The Windsors are a family, however dysfunctional, and the tenderness evoked by Staunton and young West is unforced and unforgettable.

Whether you find the series high-minded gossip or speculative fiction at its finest -- it's actually a little of both -- the palace intrigue of "The Crown" will hold you spellbound.

Keanu Reeves is back in new trailer for 'John Wick: Chapter 4'