Netflix has added a disclaimer to the season 5 trailer of "The Crown" amid criticism from some, including actress Judi Dench, who accused the show of "crude sensationalism."

Earlier this week, Dench voiced her concerns about the negative effect that "The Crown" may have on the royal family.

In a letter she wrote to the U.K. publication , the Academy Award-winning actress said the upcoming season will "present an inaccurate and hurtful account of history" and called on Netflix to add a disclaimer to the show.

Netflix
Elizabeth Debicki as Diana and Dominic West as Prince Charles in season 5 of "The Crown."

"While many recognize 'The Crown' for the brilliant but fictionalized account of events that it is, I fear that a significant number of viewers, particularly overseas, may take its version of history as being wholly true," Dench said. "Given some of the wounding suggestions apparently contained in the new series -- that King Charles plotted for his mother to abdicate, for example, or once suggested his mother's parenting was so deficient that she might have deserved a jail sentence -- this is both cruelly unjust to the individuals and damaging to the institution they represent."

The description of the shared on YouTube now reads, "Inspired by real events, this ficitional dramatisation tells the story of Queen Elizabeth II and the political and personal events that shaped her reign."

MORE: Elizabeth Debicki on playing Princess Diana in 'The Crown': 'She was such a remarkable human being'

Earlier this week, rumors of a storyline in the new season circulated about Major allegedly being summoned into a meeting by King Charles III, the Prince of Wales at the time, in 1991, where they schemed to oust Queen Elizabeth II. Another rumored scene depicts Major and his wife, Dame Norma Major, talking about the royal family disparagingly.

A spokesman for Major denied that those events ever happened.

"Sir John has not cooperated -- in any way -- with 'The Crown.' Nor has he ever been approached by them to fact-check any script material," the spokesperson said in a . "Thus, if the scenes you describe are broadcast, they should be seen as nothing other than damaging and malicious fiction. A barrel-load of nonsense peddled for no other reason than to provide maximum -- and entirely false -- dramatic impact."

"The Crown's" fifth season is set to chronicle the modern history of Britain's royal family, to the point of Princess Diana's untimely 1997 death and beyond. In the upcoming season, the story will follow the royal family as they are faced with questions from the public about their role in '90s Britain, according to the show's synopsis. 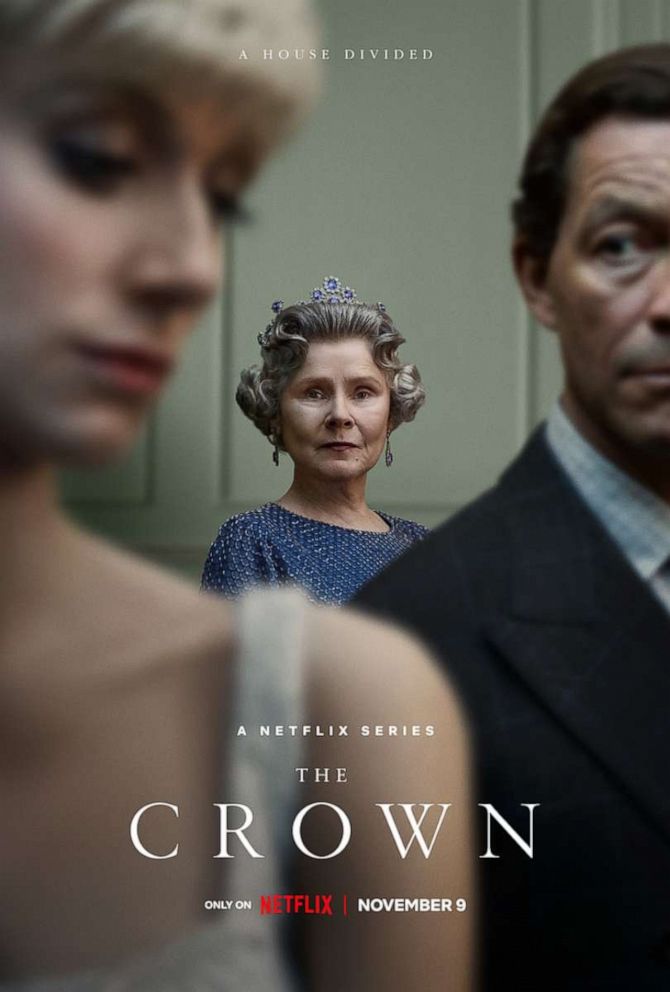 Netflix
Elizabeth Debicki, Imelda Staunton, and Dominic West are featured in the Season 5 of the series "The Crown".

While the cast has recognized the show's heavy content, saying that the show's creator, Peter Morgan, and crew extensively researched and discussed the next chapter in the royal family's story, Dench said she isn't convinced.

"No one is a greater believer in artistic freedom than I, but this cannot go unchallenged," Dench wrote in her letter. "Despite this week stating publicly that 'The Crown' has always been a 'fictionalized drama,' the program makers have resisted all calls for them to carry a disclaimer at the start of each episode." 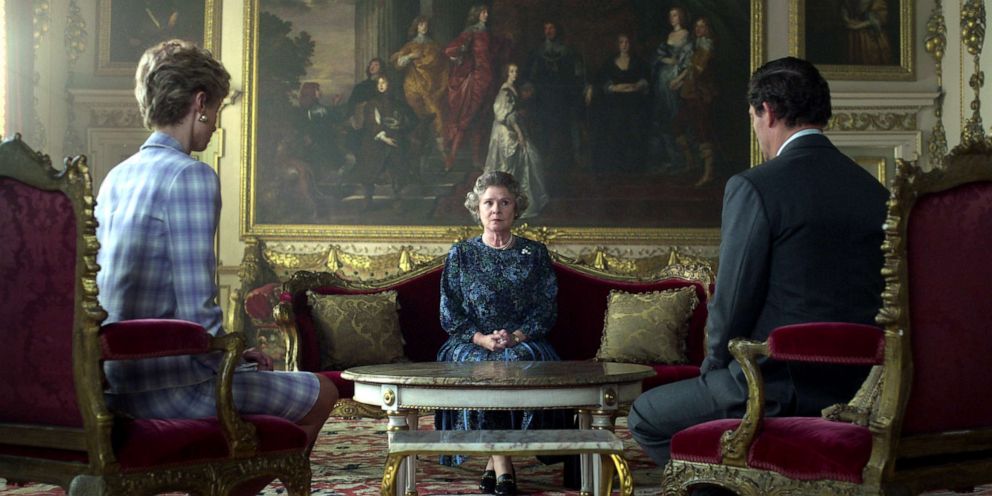 Netflix
Scene from "The Crown."
MORE: 'The Crown' review: Season 4 is the best and most addictive one yet

"The time has come for Netflix to reconsider -- for the sake of a family and a nation so recently bereaved, as a mark of respect to a sovereign who served her people so dutifully for 70 years, and to preserve its reputation in the eyes of its British subscribers," she added.

The palace declined to comment on the new season of "The Crown."

Keanu Reeves is back in new trailer for 'John Wick: Chapter 4'