Lupita Nyong'o says leaning on her castmates for support was the "only way to go forward" while filming "Black Panther: Wakanda Forever."

During an appearance on "Good Morning America" Tuesday, the actress, who reprises her role as Nakia in the film -- the sequel to Marvel's 2018 hit "Black Panther" -- spoke about how the "Black Panther" family came together in the wake of Chadwick Boseman's death.

Nyong'o described the first day back on set together for the sequel as "hollow."

MORE: Simone Ledward Boseman reflects on the impact of Chadwick Boseman, the new foundation in his honor and more

"It was very evident that he was missing and we were all feeling it, but also, we had each other," she explained. "So we were able to lean into each other."

. called the first day on set without Chadwick Boseman “hollow”: “It was very evident that he was missing and we were all feeling it. But also we had each other, so we were able to lean into each other.”

She continued, "It was actually the only way to go forward, I imagine, was to lean into it and be there for each other. It was good to be making this with a bunch of people who knew him, who had experienced his light and his love and so we could commiserate and really lean on each other in the process."

MORE: 'Black Panther: Wakanda Forever': Everything we know so far

Nyong'o said that the characters in the film are also united in their grief over the loss of T'Challa.

"When someone like that passes away, it has an effect on everyone around them, and so we see how different characters are dealing in different ways," she said. "Nakia is a little bit more advanced in the stages of grief than I was when I made this film so it was actually very therapeutic to work on this role to get through my grief." 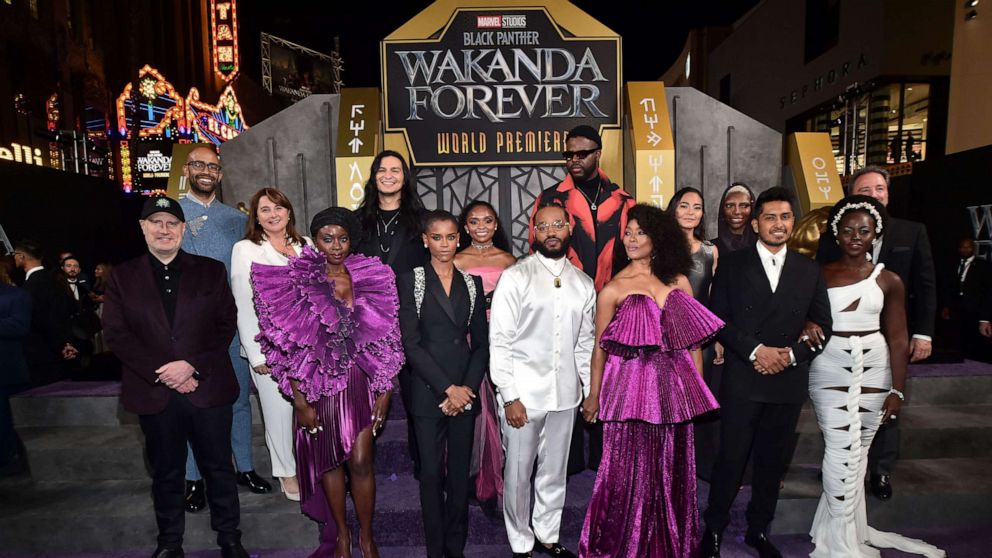 Danai Gurira, who reprises her role as Okoye in the sequel, said they "needed to be" there for each other while filming.

"You never knew when and how you would need more support ... and being around one another was the key thing," she continued. "Sometimes it was a day you were there for someone, sometimes someone was there for you."

She said she also found they supported one another by "enjoying each other's work."

"I remember being on set sometimes when Letitia [Wright, who plays T'Challa's younger sister Shuri,] was doing a scene and I wasn't shooting that day but it was just about being there and triumphing with her triumphs," Gurira explained. "Because watching what she was doing that day was giving me joy and so just to be there and experience the film from all the ways it was coming together was really also very nurturing."

Danai: “Absolutely, it is epic, it is transformative and it is healing.”

The film's director Ryan Coogler also opened up on Monday about having to rewrite the script of the sequel following Boseman's death.

He said he had a "phenomenal team" to help him throughout the process.

"I had a co-writer who was great, Joe Robert Cole, great producers, Nate Moore and Kevin Feige -- they were all supportive," he said. "And what was great about the first film, we formed a family so I had a good idea of what folks would be willing to do and not willing to do."

He continued, "These are all very strong-minded people, like Danai, and they don't do things if it doesn't have integrity or if they don't think they can pull it off. So I just thought about that and thought about what would honor Chad the best, what he would want us to do, what would make sense and we just worked at it and tried to make something that people could put their best into and make something for our audience." 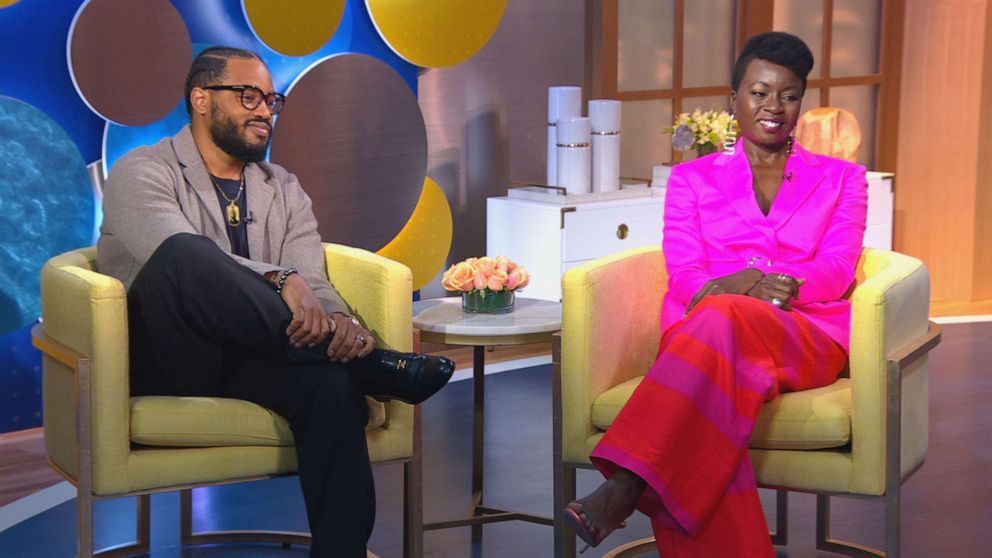 The two also revealed their own three words to describe the sequel: Coogler's included "love," "life" and "hope," while Gurira's included "epic," "transformative" and "healing."

Marvel is owned by Disney, the parent company of ABC News and "Good Morning America."

Keanu Reeves is back in new trailer for 'John Wick: Chapter 4'